From Salary to Support: Costa Rica 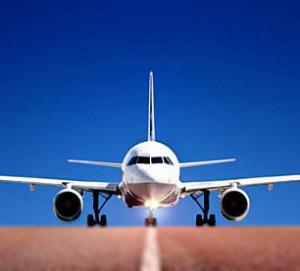 Many have asked, “What is NEXT Worldwide?” I’ll detail that more in the next post. This post will concentrate on my first interaction with NEXT and their mission. I was able to experience firsthand the impact of NEXT Worldwide on a mission campaign in Costa Rica in July 2010.

My friend, Scott Ward, has been on staff with NEXT since 2009. Scott and I served together at First Baptist Dallas.  I’ve always respected his ministry and insight. He is a compassionate minister and connects so well with people. Even more, Scott leads his family well. When he left FBD for NEXT Worldwide, he told me about this exciting new ministry. It was intriguing and Scott mentioned that I would be a great fit. The topic of me working with NEXT came up a few times over the following 18 months but I never felt right about it.

In April 2010, I asked Scott to meet me for lunch. I kept thinking about NEXT and I wanted to know more. I asked him what a guy like me would offer the organization. He shared that my previous ministry experience was a perfect fit for NEXT and I should at least check it out. After a few more conversations, I went to a staff meeting in early June 2010. At that meeting, Scott asked me if I would go on a campaign to Costa Rica. I was excited about the opportunity but the hard part would be raising about $1800 in less than a month.

16 days. $1950 in 16 days. Not only had I raised more than I needed, it happened so quickly. It was obvious that the Lord wanted me on the campaign and He made a way for it. I packed up and headed for Costa Rica. Once we arrived there, I was immediately taken with the rapport NEXT had built with the local church leaders. It was obvious this was a team effort to take the Gospel further into CR. That made a huge impact on me. Kingdom work is a team effort.

Over the next few days, I began seeing NEXT’s mission unfold. Develop Leaders and Plant Churches. We spent several hours each morning with the students on the campaign pouring into them lessons in leadership, character, and vision. Then, in the afternoons, we went out into the neighborhoods sharing the Gospel and connecting people to a new church plant in their neighborhood. The local church leaders had developed a comprehensive plan to plant churches in each neighborhood. The most exciting part is, 35 US students were helping to make this vision a reality. It was incredible!

I left Costa Rica with a profound sense of connection with NEXT Worldwide. They were doing what I wanted to be doing. I felt a sincere peace that this was my next step in ministry. I interviewed in early October 2010 and accepted a staff position. I’ll share more specifics about NEXT Worldwide in my upcoming post. To read testimonies from NEXT Worldwide campaigns and for a brief overview of NEXT, click HERE. Until then…

02 Mar This entry was published on March 2, 2011 at 5:51 am and is filed under experiences, God, leadership, learning, NEXT Worldwide, vision. Bookmark the permalink. Follow any comments here with the RSS feed for this post.

4 thoughts on “From Salary to Support: Costa Rica”